Generating a universally unique identifier (UUID) can be very useful for a variety of tasks where you need a unique way to identify something. While a UUID is not technically guaranteed to be unique, the identifier space is so large (128-bit) that it can be treated as unique for most purposes.

It is simple to generate a UUID string in MATLAB by using its built in Java Virtual Machine:

The function java.util.UUID.randomUUID() will return an object of type java.util.UUID, but this can be typecasted into a MATLAB string through the char() function. Simple!

I recently bought the Honeywell 50250-S HEPA Round Air Purifier from Amazon. It was nearly half price from Amazon Warehouse Deals since it was a returned unit, but it was listed as “Like New” so I gave it a shot. It turns out the unit would not turn on, but after I took apart the control panel I realized that one of the wires of the power cable was loose. Once I connected it back to the right spot, it worked perfectly. Now I know why it was a returned unit.

The purifier seems to do a pretty good job at removing odors, but it is noisy and uses a decent amount of power. How much power? Well, the purifier has three speed settings: High, Medium, and Low, which you can select with the knob shown:

I used my Kill-A-Watt to measure how many watts the purifier used at each speed level: 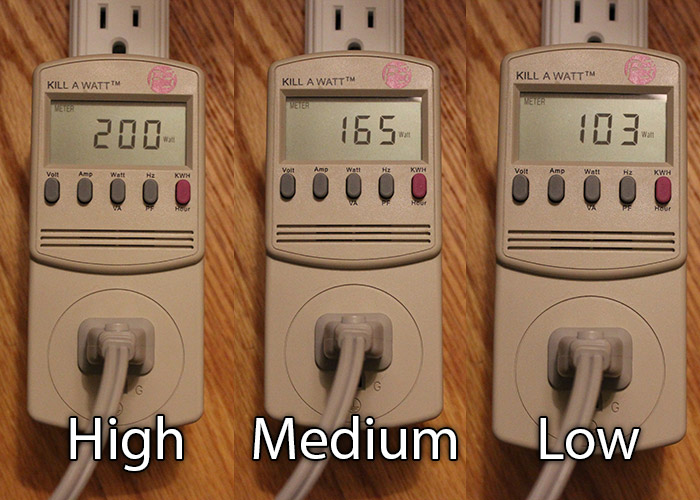 So, as you can see, the High speed setting uses a whopping 200 W of power. Medium reduces the consumption to 165 W, while Low uses 103 W.